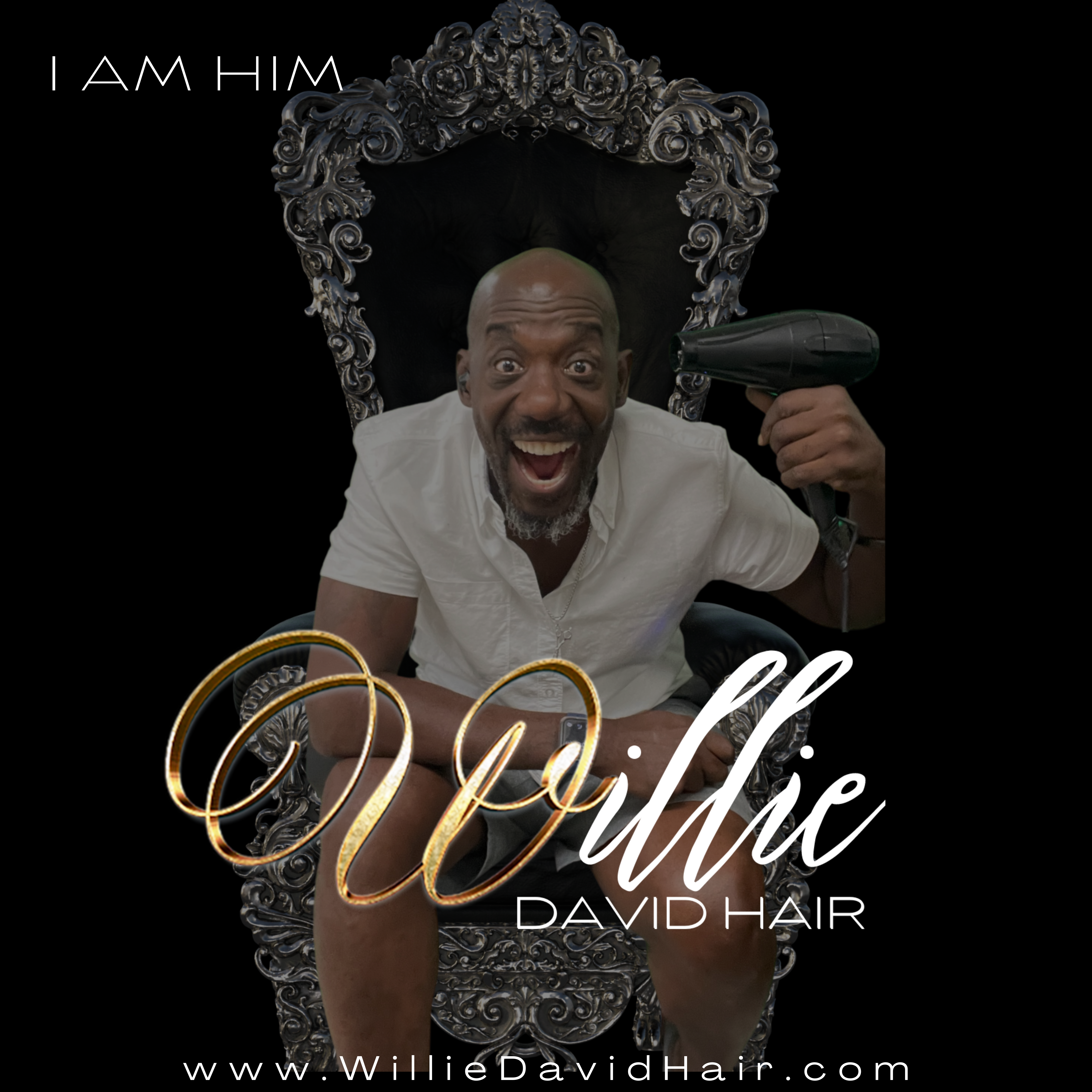 Willie David was raised in Miami, Florida, where he was born in Liberty City Miami. When he was a little boy, dolls captured his attention. Playing in their hair rather than with them. He had his hand in the hair of every doll he could find, including Barbies, Cabbage Patch Kids, and Troll dolls.

As he got older, he moved on from playing with dolls to helping his favorite cousin when she needed her hair fixed. On the day of her prom, her stylist was unable to make it; as she sobbed, she instructed me to pick up the scissors, cut here, curl here, and comb here. And it was at that point that he understood he had "The Gift."

He graduated from Miami Northwestern High School, where he was the mascot. He went to the military and served his country for two years, then returned and went to the Beauty School of America to get his cosmetology certification. He dropped out of cosmetology school five times before he decided to finish the program because he realized that doing hair was his passion.

Willie David is fueled by his passion for understanding the nuances of healthy hair and hair integrity. He considers himself "HIM," the I Am That I Am of Hair. He prides himself on learning how to maintain the health of women's hair and still give them the versatility to rock the latest trends in hairstyling. He believes social media is an outlet that can make or break your success depending on how you use it to your advantage or disadvantage.

Willie David's hunger to solve hair deficiencies in black women led him to the SilkOut Haircare System. He did a 90-day bootcamp with the owner, Tammy Golden, of SilkOut System, where he got extensive training on how to properly and effectively solve the challenges he was facing at home. With his marketing background and recent knowledge, Willie David is now known as the Silk Press King in Miami, Florida.

You can find out everything about Willie David at https: //www.iamwilliedavid.com/